After lots of improvements behind the scenes I finally decided to release Jnario 1.0. If you are new to Jnario, here is a blog post introducing the main features of Jnario. You can install the new release via update site or maven. Special thanks go to Stefan Oehme, Boris Brodski and Sebastian Poetzsch for their help and contributions!

Jnario is based on Xtend and this release provides compatibility to Xtend 2.6! This means you benefit from all the improvements made in Xtend 2.6 when writing tests with Jnario. One of the most prominent new features is that you can define anonymous classes in your Jnario specs. This is a great way to quickly create test stubs in your specs. Furthermore, the IDE performance in Eclipse has also been greatly improved. 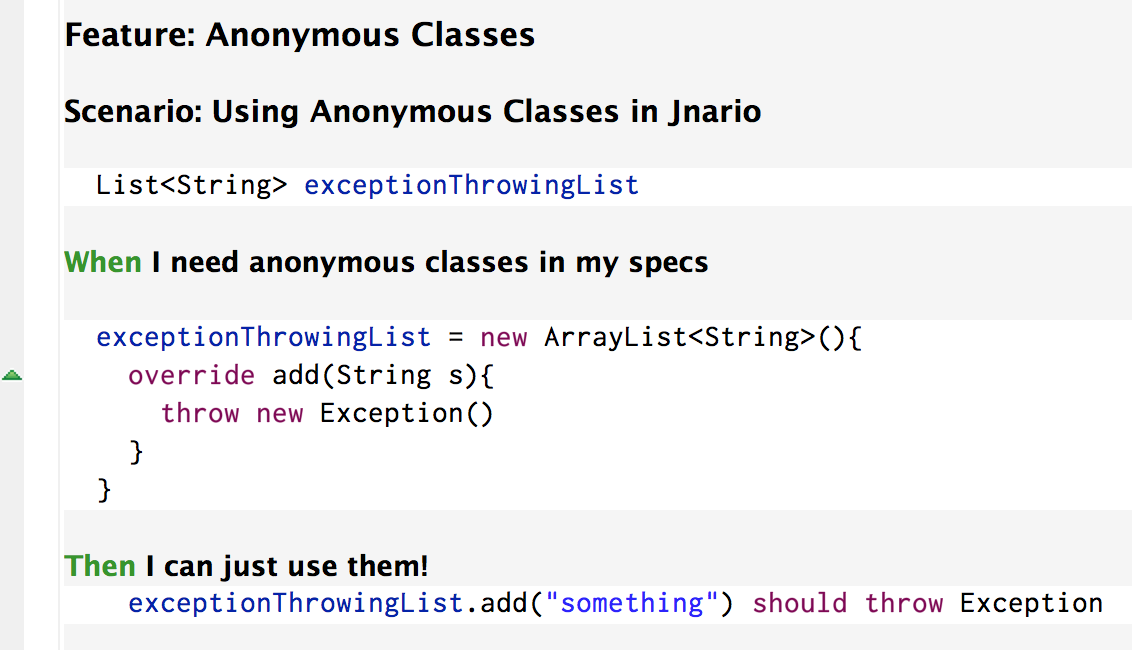 Tables have always been one of my favorite features of Jnario specs. Thanks to Sebastian Poetzsch, using tables has become even more fun in this release! Sebastian contributed an automated formatter for specs, which works also for tables. No more fiddling with spaces when formatting your tables necessary! Just press (CTRL|CMD)+SHIFT+F and there you go:

The standalone Jnario compiler has been completely rewritten. This lays the foundation for future support for other build environments such as gradle. Right now, this means faster compile times when compiling Jnario specs with Maven. In general the maven support has been improved. For example, in combination m2e, Eclipse will automatically synchronize your maven and project configuration.

There has been lots of fixes for generating html reports from your Jnario specifications. If you are curious, here is a great example for what executable documentations created with Jnario can look like. 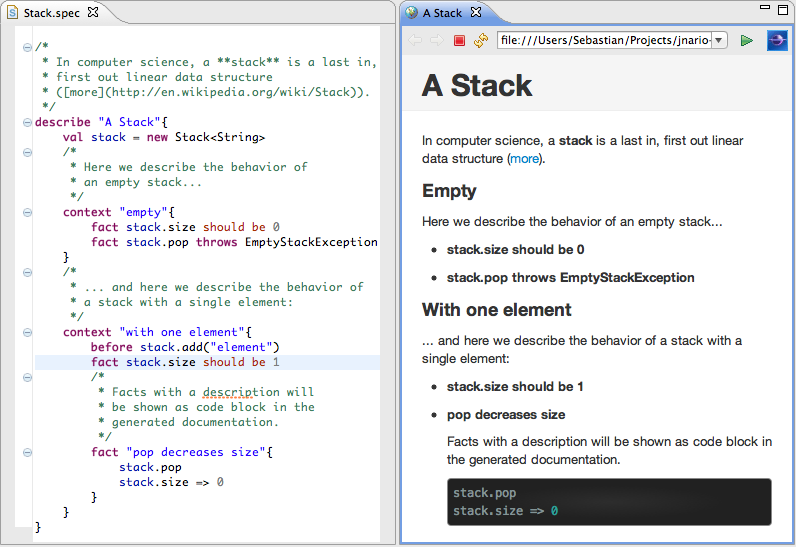 Check out the documentation or join the mailing list. You can find the full release notes here